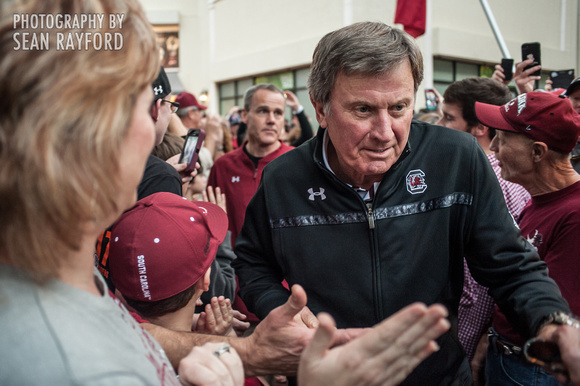 Nineteen hours before kickoff vs. the University of Wisconsin - December 31, 2013

Darth Visor, Dabo Destroyer or The HBC - whatever you wish to call him - Steve Spurrier is the savior of the University South Carolina football program. The 69 year-old former Heisman Trophy winner was told he could not win at South Carolina and maybe that's all it took. He's engineered three straight 11 win seasons and led the team to three straight top ten finishes in the Associated Press Poll, a feat currently replicated only by Alabama and Oregon.
Sean Rayford
Powered by ZENFOLIO User Agreement
Cancel
Continue